Here at Avantis Wealth, we have come to believe there are ‘red lines’ that shouldn’t be crossed.

These can be critical in determining whether an investment option raises signs of concern or shining beacons that indicate great potential for investors.

It’s important to note that an individual negative result won’t necessarily be a deal-breaker but would require exceptional positive elements in other areas to pass our selection process.

The longer money is invested in one project, the greater the risk of market forces or the economic situation changing. Too much can change in this fast-moving world we live in and as such, we don’t generally favour projects of 5 years or longer.

As we’ve seen in the past, emerging markets offer a risk level that is rarely balanced by the reward. We therefore typically avoid these.

Some countries have a history of instability which could lead to changes in government, taxes, import and export tariffs, economic growth or decline. And in extreme cases, terrorism or civil war. These we avoid at all cost!

Investments that can be impacted by the elements - fire, water, insects, wind, bacteria - carry a high risk. This puts investments like ‘green oil’ on the backburner.

Chemicals, oil, nuclear power, major dams and the like can be a major concern for environmental problems. These are aspects we tend to avoid.

Companies with a successful track record have a large part to play in ensuring the success of an investment. Those that have ‘done it before’ - borrowing money from investors for similar projects and paid it back.

Business models that show highly profitable returns are high on the list of appeal. Put simply, if the investment provider is making good money, investors rarely have to worry about their returns. We also favour business models that have nothing new - it’s all been done before, preferably many times. Which means no surprises! 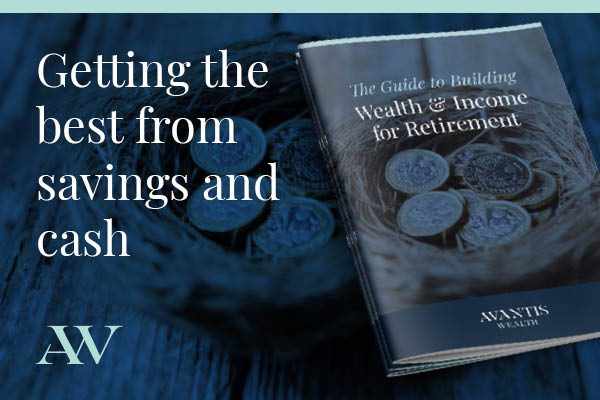 How to build income and wealth for retirement 3e: Getting the best from different investment classes through savings and cash 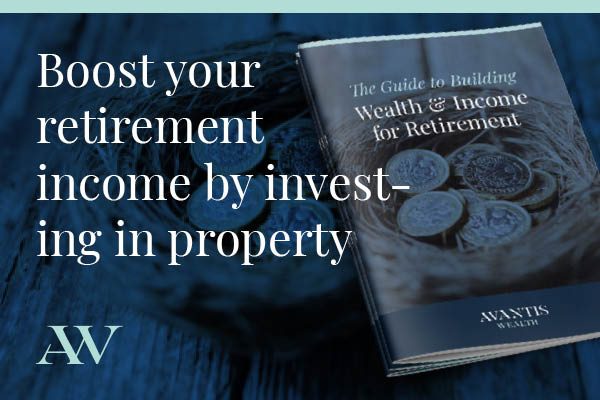 How to build income and wealth for retirement 4a: Ways to boost your retirement income by investing in property 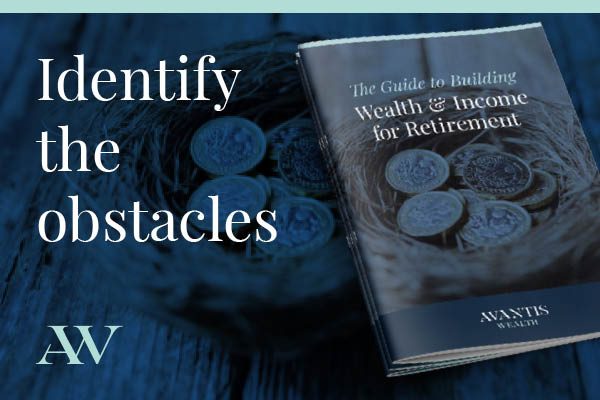 How to build income and wealth for retirement: 1. Identify the obstacles

TALK TO OUR INVESTMENT TEAM

Investment decisions can be complicated. At Avantis, we are here to help you understand the investments that are presented to you. By understanding more about your investment goals, we can give access to opportunities that can achieve these goals.
+44 1273 447 299
invest@avantiswealth.com
Spaces, Mocatta House, Trafalgar Place, Brighton, BN1 4DU

All the details and downloadable documents are available through the investment portal.
Register

Your capital is at risk. The value of your investment may go up as well as down. Past performance does not indicate future performance. There is no right for compensation in respect of poor investment performance and your investment is not covered by the UK FSCS. Avantis Wealth Ltd is not licensed or regulated by the Financial Conduct Authority and does not provide financial advice. The content of any promotion has not been approved by an authorised person within the meaning of the Financial Services and Markets Act 2000. Reliance on this promotion for the purpose of engaging in any investment activity may expose the investor to a significant risk of losing all of the capital invested. [Article 48(4) Financial Services and Markets Act 2000 (Financial Promotion) Order 2005] Please note that as a responsible company we require the self-certification of either a High Net Worth Investor or Sophisticated Investor statement prior to issuing any detailed information by way of an Investment Memorandum. Investors are not charged any fees when placing an investment through Avantis Wealth Ltd.